Third International Conference ICRAIE-2018 has been added with Call for Workshops and Call for Tutorials that aims to bring together the Academicians Researchers and Industry Experts in areas of Computer Science & Information Technology Electronics & Communication Engineering and Electrical Engineering for dissemination of original research new innovations and ideas at International Platform have larger scope of participation for renowned organizations in India and abroad through organizing workshops. MNIT Jaipur is again a new organizing partner added to this event.

This will also provide a forum for sharing insights experiences and interactions on various aspects of evolving engineering technologies and patterns.
First of its version ICRAIE-2014 (IEEE Record # 33681) was organized during 9-11 May 2014. Total 223 papers out of 1620 submissions were presented and all are published on ieeexplore digital library.
Second version ICRAIE-2016 (IEEE Record # 39140) was organized during 23-25 December 2016. There were total 577 submissions out of which 143 were accepted & presented and all are published in IEEE digital library.
Original contributions are solicited for presentation at the 3rd International Conference and Workshops on "Recent Advances and Innovations in Engineering - ICRAIE 2018" to be held at Poornima University and Malviya National Institute of Technology Jaipur Rajasthan India.
Reputed Universities / Organizations across the world are hereby invited to submit workshop proposals and become copartner in the event.

Poornima University (PU) was established in Jaipur in year 2012 by Shanti Education Society the promoter of Poornima Group the leading educational group in Engineering & Management with a track record of thousands of Alumni working in India and abroad. Right since inception PU had the benefit of strong, enlightened advisory board under the Chairmanship of Padmabhushan D.R. Mehta. This along with the motto of "YOUR DREAMS OUR GOALS" has contributed to remarkable growth in all fronts through systematic well structured and focused goal oriented philosophy processes and actions. PU takes students as they are and makes them industry ready employable youth and launches them on the path of career growth and success which can be measured by the placement of first two batches of bachelor master and doctoral degree students in Engineering, Sciences and Management.

About Poornima College of Engineering:

The college was established in 1963 with the name as Malviya Regional Engineering College Jaipur as a joint venture of the Government of India and the Government of Rajasthan Subsequently; on June 262002 the college has been given the status of National Institute of Technology and on 15 August 2007Proclaimed Institute of National Importance through Act of Parliament. The Institute is fully funded by Ministry of Human Resource Development (MHRD)Government of India. More than 12,000 students have already been graduated since its establishment.

Rajasthan's beautiful Pink City Jaipur was the stronghold of a clan of rulers whose three hill forts and series of palaces in the city are important attractions. Known as the Pink City because of the color of the stone used exclusively in the walled city, Jaipur's bazaars sell embroidered leather shoes, blue pottery, tie and dye scarves and other exotic wares. Western Rajasthan itself forms a convenient circuit in the heart of the Thar Desert which has shaped its history lifestyles and architecture.

Founded in AD 1727 by Sawai Jaisingh II Jaipur the capital of Rajasthan is popularly known as the Pink City with broad avenues and spacious gardens. The capital of Rajasthan Jaipur is steeped in history and culture. Here the past comes alive in magnificent forts and palaces blushed pink where once lived the maharajas. The bustling bazaars of Jaipur famous for Rajasthani jewellery fabric and shoes possess a timeless quality and are surely a treasure-trove for the shoppers. This fascinating city with its romantic charm takes you to an epoch of royalty and tradition.

Jaipur has been laid according to the conventional nine-grid pattern that astrologers believe to be lucky and which has been recommended in the ancient Indian treatise on architecture. Each grid consists of a square and these have been planned so that at the heart of the city is the City Palace. Spread around it in rows are public buildings the residences of noble men the living and trading quarters of merchants and artisans. Straight wide roads run through the city while a high crenellated wall that forms its defense is pierced with seven gateways that serve as entry points. Today these walls may be more difficult to spot since the city has grown far beyond its original plan but they are still there proof that though Jaipur saw no great siege it was more than adequately prepared for it. 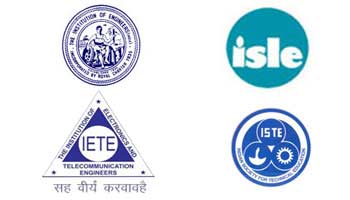